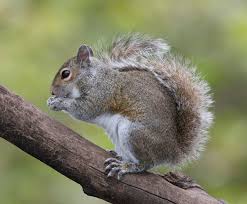 Call us for affordable Squirrel Removal in San Francisco!

Squirrels in San Francisco will run branches like a ladder to get on your roof. Once they get there, its only a matter of time before they start chewing on wood and get in.

Squirrels in San Francisco attics chew wires and wood all day long while inside, and start breeding in mid Feb. Then around the middle of March the baby Squirrels are born… in your attic. Now you have 6-8 more Squirrels to deal with, and every one of them wants to chew wires and wood. Not to mention all the poop and pee in your insulation!While chewing wires in your attic, sometimes the electric shock kills squirrels. Other times, the squirrel escapes and the house burns down.

Squirrel Noises I have been in alot of houses with squirrels in attic, and Ive heard lots of noises they make.Running noises, scampering noises, barking noises, scratching noises, and the sounds of little claws running from one side to the other.

Scratching Noise in Attic San Francisco If you are hearing scratching noises in your attic in San Francisco, chances are good that you have some type of animal living there!